← back to
Aural Films
Get fresh music recommendations delivered to your inbox every Friday.
We've updated our Terms of Use. You can review the changes here. 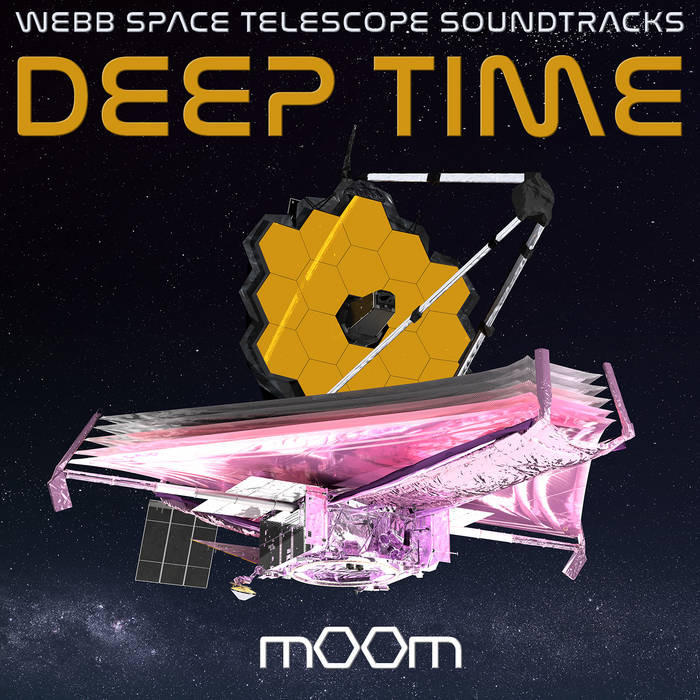 m00m blasts off to the furthest reaches of our Universe with a new album of soundtracks dedicated to the James Webb Space Telescope. m00m were so inspired by the project, they composed new music just for it. Listen to our sonic journey that imagines the unimaginable.

The James Webb Space Telescope will be the world's premier space science observatory when it launches on December 22, 2021. Webb will solve mysteries in our solar system, look beyond to distant worlds around other stars, and probe the mysterious structures and origins of our universe and our place in it. Webb is an international program led by NASA with its partners, ESA (European Space Agency), and the Canadian Space Agency. More information on the Webb is available at jwst.nasa.gov

m00m is a band project by electronic music artists, Christian Fiesel and Jack Hertz. Inspired by their love for synthesizers and Krautrock music. More at - m-00-m.com

About Christian Fiesel
Every sound has its own story. And each story can be completely different. That said, Christian Fiesel is trying to cross all borders of electronic and experimental music. His interest is not about being into a specific genre but to dare anything at least just once. All sources are allowed. So you won't find any impressive list of gear but the will to create atmospheres with a minimum of starting material. Christian wants the listeners to close their eyes and to open their minds to be brought to an unexpected place. To get in touch with his newest ideas, get in touch via FB : www.facebook.com/christian.fiesel

About Jack Hertz
Jack Hertz is fascinated by all aspects of creating sound. From the earliest instruments to the present day hardware and software innovations. More at JackHertz.com

About Aural Films
Aural Films is an online record label (netlabel) that releases high-quality soundtrack albums for movies that do not exist. We cover a wide range of music styles ranging from ambient to experimental to popular to soundtrack musics. Often on the same albums. You can find our complete catalog of releases online at AuralFilms.com